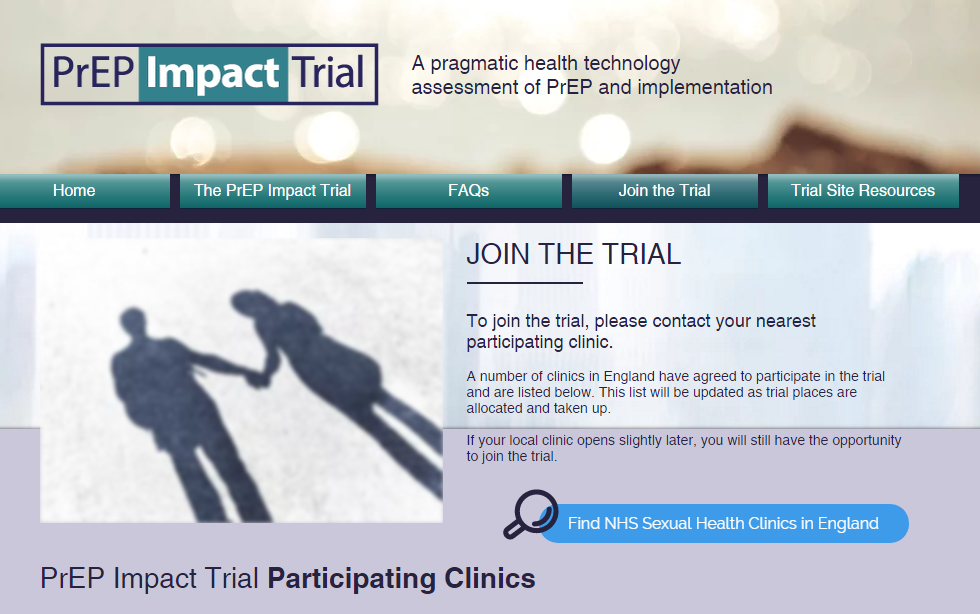 I’m uncertain of the exact day of the interview but ITV published it on their YouTube page on 16 January 2019. You can hear Mr Russell-Moyle say it in the video at 4 mins 35 secs.

I happened to check the PrEP Impact Trial website a few days earlier on 7 January and saved a copy of the data which you can download as a tab-delimited text file here. That shows 151 clinics. For gay and bi men 8 clinics were “approval pending”, 12 had been “selected”, 41 were “closed – fully recruited” and 90 were “open”.

In no way can 90 clinics being open for recruitment for gay and bi men be described as the Trial being “full.” And for women and other people, 12 clinics were “selected” and only 1 clinic out of 151 was “closed – fully recruited”!

Since the Trial began in October 2017 there has never been a time when it was “full” as stated by Mr Russell-Moyle. Not even for gay and bi men. For example, on 27 June 2018, out of 151 clinics in total, 14 had been selected for gay/bi and were not open at that point, 124 were open to recruitment for gay/bi and only 13 closed to gay/bi. On 20 May 2018, out of 136 clinics offering places in England, only 9 were closed to recruitment for gay/bi men.

Clinics being closed doesn’t tell the whole story. In some places one may be closed but another is open just a short journey away. If gay men aren’t willing to travel one or two miles how will they manage to turn up every three months for the routine check and take PrEP every single day?

In fact in the US they have found adherence is only 45-75% and in Wales about 55% of participants dropped out of the Trial.

I don’t think Mr Russell-Moyle misled people deliberately. He was simply uninformed. But that’s rather shocking for an MP who represents a constituency which has such a large LGBT population. 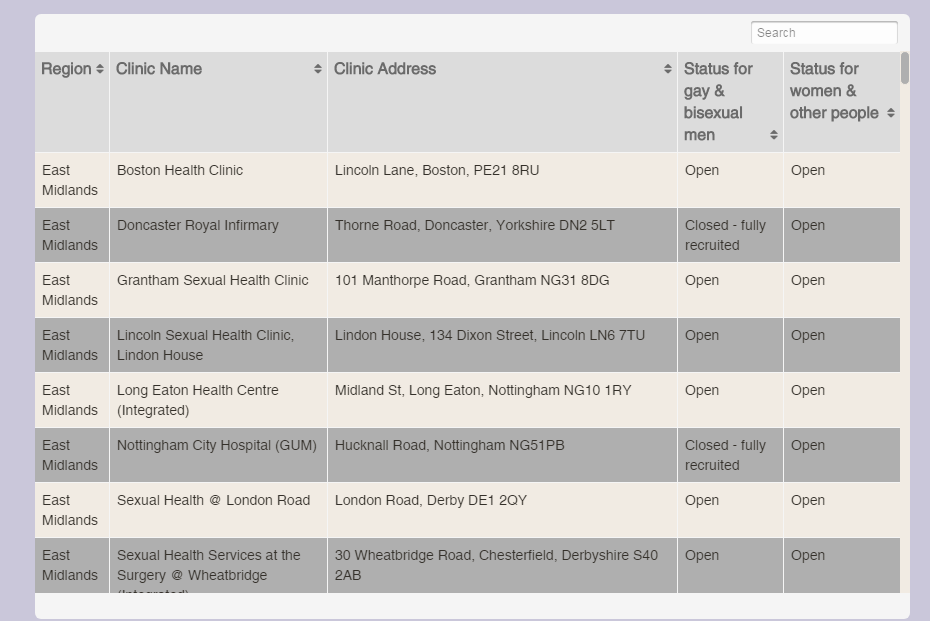 This is far from the first time false information has been given out about the PrEP Impact Trial. There seems to have been a propaganda campaign to give the impression that “most” or even “all” places on the Trial in England were full. The aim being to whip up antagonism towards Public Health England and force the full roll out of PrEP for all that some campaigners desire.

Some of it has been deliberate exaggeration. But then there are the outraged “repeaters” who simply parrot what they’ve heard, without checking the facts. It’s wicked to undermine confidence in our precious NHS in this way. On false pretences and in some cases for political and career purposes.

If people hear that the PrEP Impact Trial is “full” they won’t bother applying to go on it. That both undermines the Trial and, more seriously, may result in some becoming HIV+, when they could have been on the Trial and on PrEP.

Finally it’s disappointing that Lorraine Kelly just sat there and obviously hadn’t been briefed on PrEP. If she had been, she could have challenged what Lloyd Russell-Moyle said on-air. What has happened to journalism?