This episode has a Big Brother theme (Channel 4 not Tony Blair via George Orwell).

We filmed it on 1st June. Hilariously, considering the theme, during the making of this we were told that filming in Piccadilly Station is no longer allowed as it’s a ‘terror threat’. 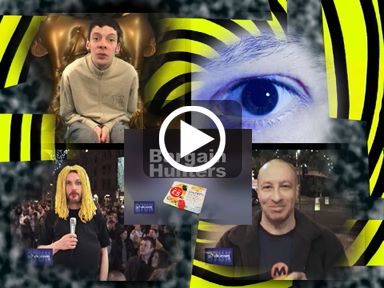 Personally I think potential terrorists are more likely to look up the many hundreds of pictures of the station that are available on Google Images, some via the BBC and architects’ websites, rather than stand there shooting their own wobbly video material with a highly visible camcorder. There are also aerial shots online and maps.

I wonder how long before the authorities manage to apply this ‘no filming’ rule to the entire city centre on the grounds of terror prevention?

Alternatively, they could capitalise on the ‘stranger-danger’ paedo paranoia and ban all cameras for that reason. Iin case the image of a fully-clothed child is inadvertently captured on a couple of dozen pixels in the far background of a 10Mp wide angle shot of a general view. Again, I would have thought that the potential paedophile could find much better images (of fully-clothed children) on numerous innocent websites rather than risk shooting his own?

Or am I missing something here? All I know is that, as a middle aged (gulp) male professional photographer, I’m tired of being regarded suspiciously everywhere I go, just because I’m holding a camera.