The population of Greater Manchester has been voting to decide whether a congestion charge should be introduced and the result is expected this evening. Motorists would have to pay if they crossed either of two rings around the city at certain times of the day.

The government and Manchester City Council are in favour of the scheme and, if the result is ‘no’, it will very likely spell the end for similar plans in other cities such Leeds or Bristol and seriously damage plans for other road charging schemes. 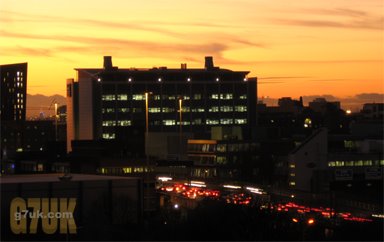 I voted no. Although I’m quite passionate about cycling and feel that traffic needs to be reduced, I don’t believe a congestion charge is the way to do it.

For a start it is unfair. Some people need to use a car and don’t have a choice about when to travel. It hits poorer drivers, whereas the rich won’t feel it. In the same way as they regard parking tickets as a slight inconvenience. It shows a disregard for the people who will struggle to find the money. In a city that already revolves far too much around those who have the highest disposable income.

It’s another money-grabbing borrow-now-pay-later scheme on the part of a City Council that has, in the past, demolished 1960’s tower blocks that it hadn’t finished paying the mortgage on.

It’s true that public transport in Manchester could be better. I’ve never liked the tram, which is much inferior to systems such as the Tyneside Metro. But wider issues such as anti-social behaviour and the ‘user experience’ also need to be tackled. In this respect things seem to be getting worse in some places — such as the recent move to allow people to use mobile phones on the London Tube.

Other friends who cycle and who could be considered ‘green’ or ‘alternative’ have also voted no, so I’ll be fairly surprised if that isn’t the final result. The bookmakers are predicting it will be a decisive no.

79% voted no. A clear sign of how out-of-touch some local politicians are. As well as getting government money, Manchester City Council would have borrowed about £1.5bn over 30 years to fund the improvements in public transport. Which is probably the last thing they should be doing in the current economic climate.

The people of Greater Manchester have spoken. Knowing how Manchester City Council works, next time we may not get a vote (as happened with the promised vote about changes to council housing in the city). Though I feel time is running out for the sleazy New Labour types here and their iniquitous schemes (their proposal to build a super casino in what is one of the poorest areas of the country was another).

Also interesting to see how far this was down the national news agenda compared to the much-smaller London charge a couple of years ago and despite the implications for the entire country.