Watch my exclusive interview in which Martin Bell reveals whether he will stand against local Member of Parliament Hazel Blears at the coming General Election.

Campaigners want Blears to stand down following her abuse of MP’s expenses and her record on local and national issues (she voted in favour of the illegal war in Iraq).

Here is the start of the meeting with organisers Alison Hitchcock and Steve North. Followed by Martin Bell’s speech.

Much more video to come as we get it edited and encoded. 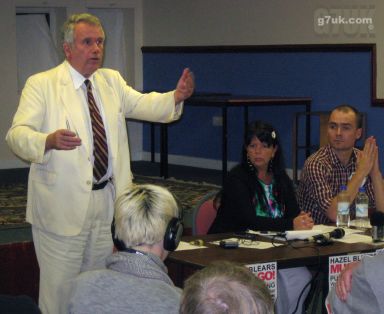