NO2ID campaigners burnt a giant ID card in front of Manchester Town Hall at 5pm tonight, after a public meeting at the nearby Friends Meeting house.

This exclusive video includes an interview with Phil Booth the National Co-ordinator of NO2ID.

After its failure to force employees at Manchester Airport to be ‘test pilots’ for the national ID card, the Government is now inviting people in the region to volunteer instead. NO2ID has launched its ‘don’t be a guinea pig‘ campaign and is encouraging everyone to ‘inform yourself, and tell others’. 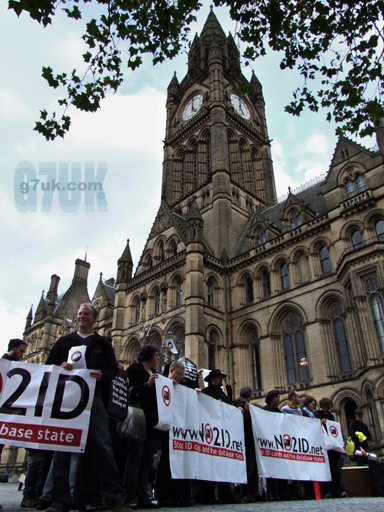 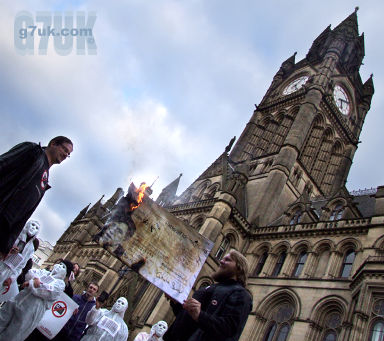