As a photographer myself, I broke out into a cold sweat reading how this poor man lost most of his image library in the Lever Street fire. Equipment can be replaced but unique transparencies, negatives and digital images can’t be.

It’s easy to say that everyone should have a full back-up of their precious data stored at a different location. In theory, digital technology has made this viable and affordable for photographs. But how many of us really do have a proper back-up?

In the case of images that are on film, it comes down to time and resources. If you can manage to scan 30 negatives at top resolution in an hour (and that’s a hell of a work-flow), it’s still only 240 pictures a day.

Some of us have tens of thousands of photographs on film and can’t afford to drop everything and spend a couple of months scanning. Especially when the market for stock photography has declined to such an extent in recent years. So, in my own case, it’s been a work in progress since 2001.

Also, you can bet that, by the time you get halfway through scanning all of your pictures, some much better technology will have come along and you’ll want to start from the beginning again!

Unfortunately, most of us don’t have a convenient mountain to store our photographs inside. So any unique collection is vulnerable to fire, water damage, theft, wanton vandalism, physical deterioration or who knows whatever else will come along over the years.

I talk from experience. Two years ago a lorry crashed into the house where part of my image library is stored. I was there at the time, ten feet away from the point of impact. Luckily I wasn’t killed and all the slides and negatives were stored at the other end of the house.

Fourteen years ago, shortly after I split with my partner, the house that we had shared was burgled and vandalised. Luckily, my photo library was one of the few things I had moved out. 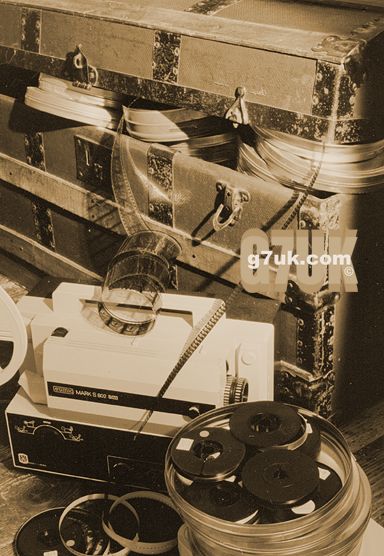 And it’s not just photographs. I have hundreds of hours of unique video recordings on VHS, SVHS, Video8 and Hi8 tape. Tape formats that will be virtually unplayable soon. Not because the tapes have deteriorated but because, sooner rather than later, playback equipment will be hard to find. That will happen very soon in the case of Video8/Hi8 and, already, the large consumer electronics companies have stopped making affordable high-quality players for SVHS and VHS.

All of this material needs to be transferred to a digital format. Not merely so it will survive a disaster. But so that, in the future, it will exist in a form that is accessible, so it can be viewed or listened to.

Unfortunately, I can’t afford to spend many months working full-time doing this. The truth is, most people won’t do it and won’t even think about it until it’s too late (if they ever do).

So far I haven’t mentioned the issue of how you store those digital back-ups. My experience of storing data on DVDs hasn’t exactly been reassuring.

It makes you realise just how much film, video and audio material from the twentieth century is going to be lost. From both the professional world and private home collections. We look at the silent film era, see that almost all films from that period have been lost and we think that the same thing could never happen again. Oh really?

‘The UNESCO estimate of the world audiovisual holdings is 200 million hours and about 50 million in Europe. All audio, video and film recordings are endangered within the next 20 years. This is a main challenge for local and national archives but also for universities, libraries, museums and enterprise or personal collections.’ Read more…