Manchester Irish Festival, which is now in its fifteenth year has, unfortunately, become the latest Manchester event to over-inflate its attendance figures. The official website claims that “an estimated crowd of 100,000” people watched the annual St Patrick’s Day Parade.

However, the parade route from Queens Road in Cheetham Hill to Albert Square is only about 2.5km long. Counting both sides of the road that is only 5,000 metres of available kerb for people to stand on. Assuming you could fit two people into each metre of kerb along the entire route, the crowd would have to be ten people deep on both sides of the road, twenty people standing behind every single metre of kerb to achieve that 100,000 figure.

Although photographs from previous years show a healthy attendance in some spots, it is obviously nothing like that busy (example 1, example 2, example 3).

On 14 March I wrote to Tony Hennigan the press officer and Councillor John Flanagan — who are both listed as contacts on the Irish Festival website — to ask how they arrived at the 100,000 figure. But I am still waiting for any reply.

I’ve written at length about how Manchester’s annual gay event has misled the public over the years by massively exaggerating attendance figures. Especially crowd numbers for the Saturday parade which have regularly been inflated by 500% and in 1999 by something in the order of 1000% to a staggering 600,000 people!

In an attempt to defend these ludicrous figures, it’s been suggested that maybe those hundreds of thousands of extra people were looking out of windows!

Another suggestion was that perhaps just 40,000 stand and watch at any one time, but over the course of an hour 250,000 in total come and go! But this is ridiculous. Not only would that turnover of people be physically impossible, but anyone who has been to these events will tell you that the majority of people stand in one spot and watch the parade from start to finish.

I’m sure most people don’t care whether the Manchester Pride or the Irish Festival parade has 10,000 people watching (which I reckon is the true figure) or 100,000. They’re there to enjoy themselves and celebrate. However, the marketeers and some of the businesses have a completely different agenda and one that isn’t always compatible with community events. Their aim is to inflate these events so they can compete with other cities and grab more funding.

If it’s public money that’s up for grabs, politicians may have to choose between funding libraries, swimming pools and youth clubs or a parade. Pretending that a parade has 250,000 spectators, when really it only has 40,000, is dishonest and distorts those decisions about funding.

With a just few minutes of maths and a map, we can see for ourselves that such figures are not true. What other less obvious things are we being misled about, with the media complicit?

As I received no reply, and the event continued to publish exaggerated figures, in 2012 I went along with my camera and gathered hard evidence in the form of photographs. See them here. 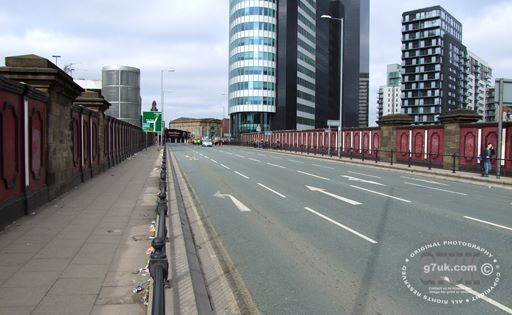 As the 2012 parade crosses the railway line near Victoria Station the street is almost empty.