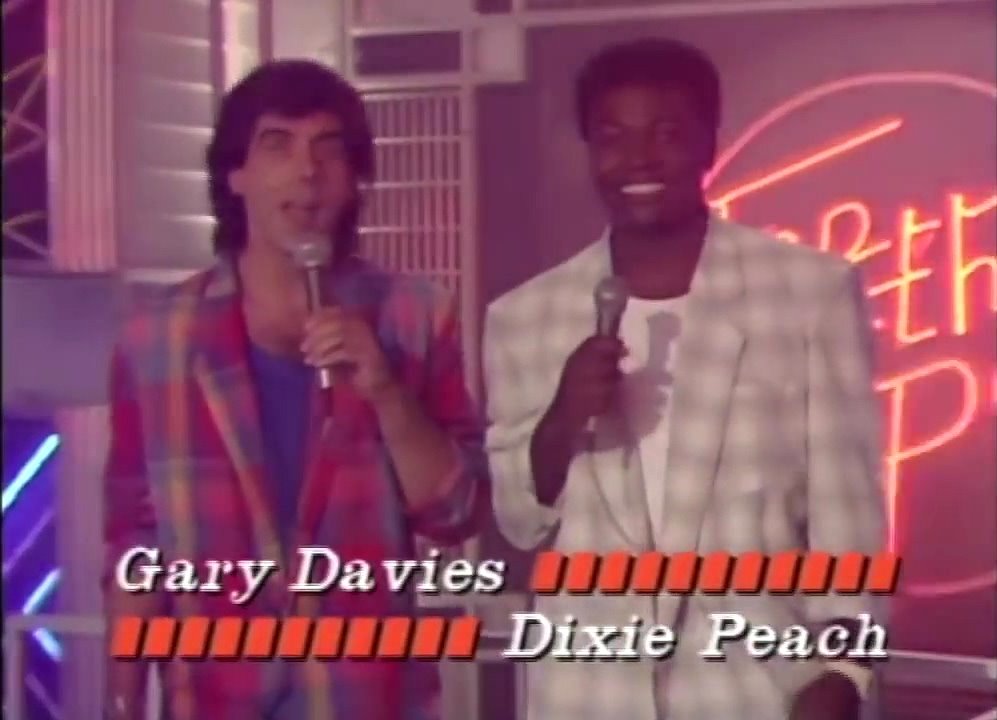 This one is from 25 July 1985. Originally it starts with Gary Davies saying that Dixie Peach is the only man at Radio One who has “a better suntan” than him. However in the BBC4 version shown within the last few days the titles abruptly mix to Peach, cutting out the original effect, and the line from Davies has gone so he stands there like a pillock saying nothing. 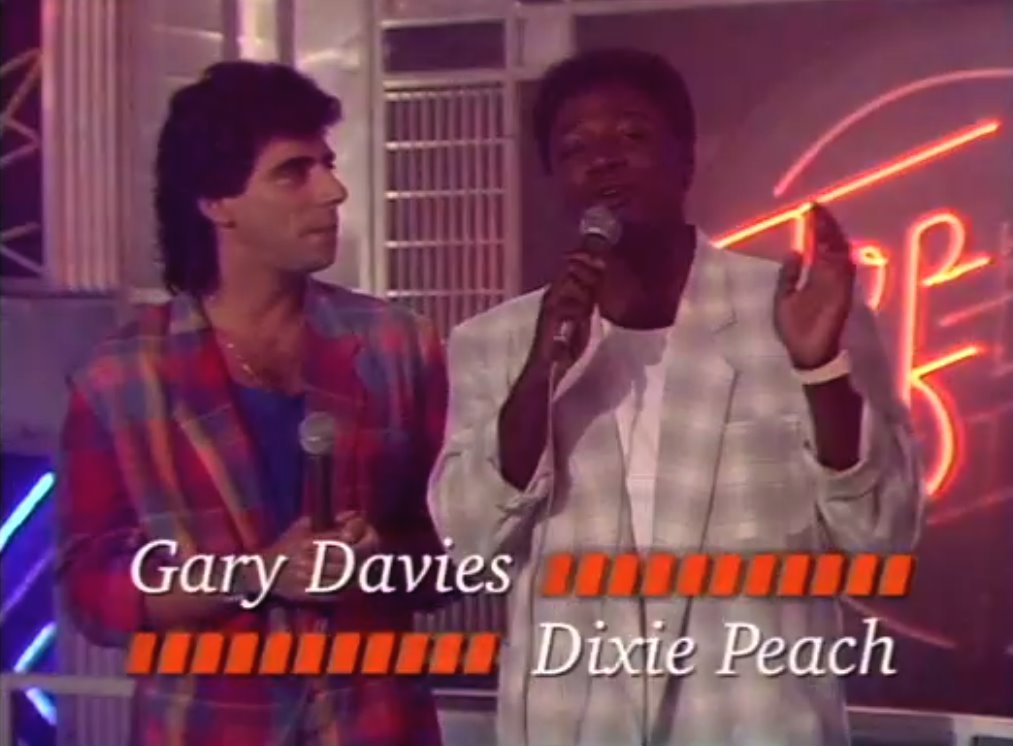 The original name title has had to go too and has been replaced by something that looks as if it was done by a student intern on a laptop. With completely the wrong typeface and shadow effect for 1980s television.

Who are they employing these days? I did this in five minutes… 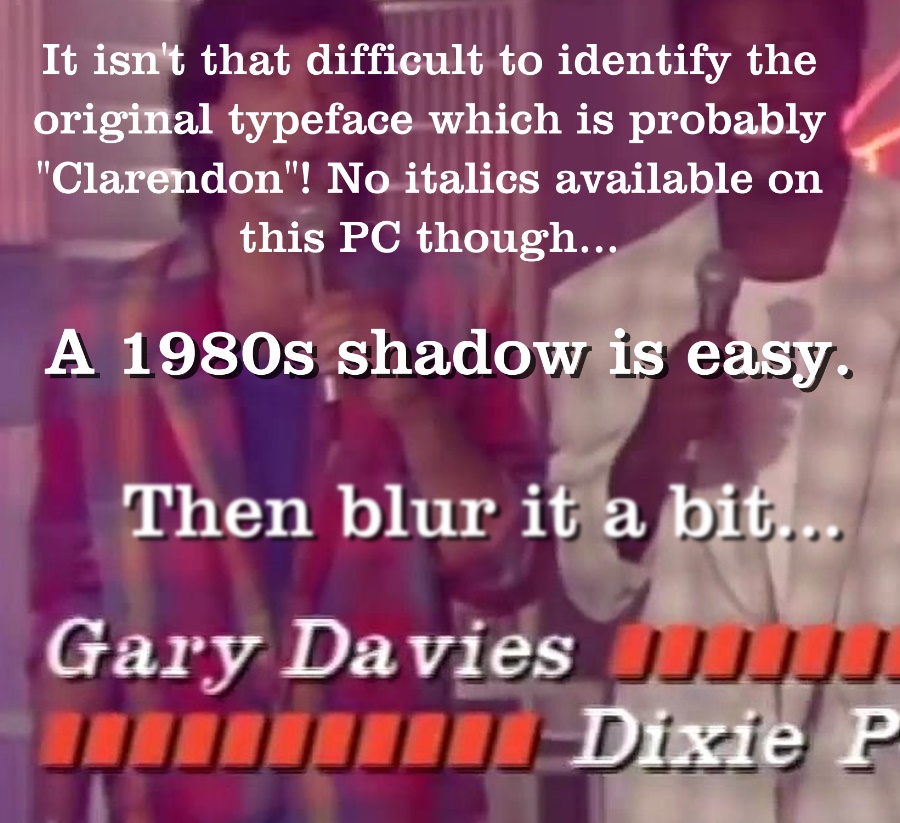 Archive programmes are a time capsule. Not just the performances and presentation but the technical side too: the camerawork, audio, lighting, graphics and special effects.

This censorship is dishonest and in a perverse way plays down what black people faced in the past, including from the BBC itself. From a technical point of view, given the BBC’s distinguished history in that field, there’s something rather tragic about the amateurish way programmes are being hacked about now.

Meanwhile The Guardian reports that people under 34 are switching off the BBC as never before. I wonder why?