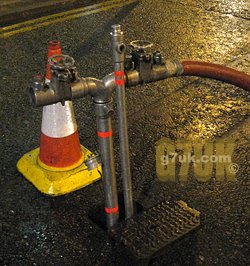 Another small part of Manchester’s heritage went up in flames on 11th April when a former department store caught fire on Oldham Street.

Fire fighters had been tackling the blaze for several hours when I shot these pictures just after 8pm. The street was closed off and people had been evacuated from neighbouring buildings. END_OF_DOCUMENT_TOKEN_TO_BE_REPLACED

The early hours of 13 January 2013. A still from the video footage which you can watch below. As I recorded this on Richmond Street I was physically assaulted by a man who took a swipe at my camera. He was bleeding and I was left with his blood over my hand and the camera. I’m sure the police saw this but they did nothing. Another person who was filming had his shots deleted from the memory card by police officers after they bundled him around the corner. Guidelines from the Association of Chief Police Officers (ACPO) warn that any police officer who deletes a photographer’s images could face criminal, civil or disciplinary action.

A Freedom of Information request has revealed the scale of police call outs to gay village venues.

Greater Manchester Police supplied a list of 4,079 pubs, bars and clubs they had been called out to in 2011-2012 (some venues may appear on the list more than once).

Of those, 41 venues across Greater Manchester had more than 100 police call outs and 7 of those 41 premises were in Manchester’s gay village: END_OF_DOCUMENT_TOKEN_TO_BE_REPLACED 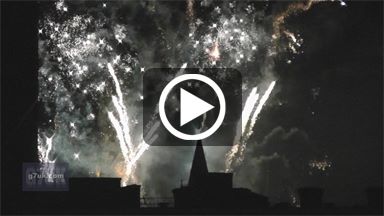 This video shows the initial speeches. Each candidate was allowed to speak for about three minutes.

Here in Manchester, New Broadcasting House is being demolished. But back in the mid-1950’s, when the BBC decided to build new northern regional headquarters, this famous location on Oxford Road wasn’t the first choice.

At the beginning of 1956 the BBC was scattered across eleven buildings in the Manchester area. In Piccadilly, space that the Corporation had rented above a bank since the 1920’s provided a studio for talk productions and another for television interviews (staff there witnessed the fatal Woolworths fire next-door in May 1979). The BBC’s main TV studio was in a old church on Dickenson Road in Rusholme. While another former church nearby, on the corner of Birch Lane and Plymouth Grove, was used as a garage for the outside broadcast lorries. END_OF_DOCUMENT_TOKEN_TO_BE_REPLACED

A new website about crime and justice in Manchester pulls together news and information from a range of sources and is updated throughout the day.

It’s a very welcome public service for the city.